This week, Adoptions Together fielded calls from several LGBTQ families interested in pursuing adoption who expressed concern about recent discriminatory legislative efforts in Georgia. In this post, we focus on the broad impact of faith based adoption laws and how they affect all families.  This post was written by Adoptions Together Marketing Specialist, Samantha Musgrave. 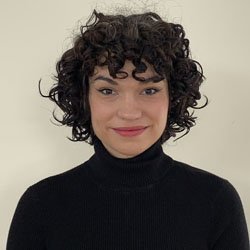 Recently, the Georgia Senate passed Senate Bill 375, which would give private and public adoption and foster care agencies license to discriminate against couples based on their religious beliefs.  Known as the “Keep Faith in Adoption and Foster Care Act”, proponents of the bill claim it would allow more agencies to act in the interests of children, broadening opportunities for kids living in foster care to achieve permanency in stable homes.  Opponents of the bill point out that enacting such legislation closes the door on qualified parents whose faith doesn’t align with child welfare agencies and their employees, preventing them from serving as adoptive resources for children in need of families.

The Rise of Faith-Based Adoption Legislation

The total number of states allowed to discriminate against families based on religious beliefs comes in at seven (North Dakota, South Dakota, Michigan, Virginia, Alabama, Mississippi, and Texas).  Since the United States legalized same-sex marriage on the federal level in 2015, five states have passed laws allowing public and private adoption or foster care agencies to refuse services to clients based on their religious beliefs.  Alarmingly, Texas, South Dakota, Mississippi, and Michigan have all passed faith-based legislation permitting agencies to refuse services to children in addition to potential adoptive families.  If we include Georgia, the first few months of 2018 could see Americans in eight states facing faith-based adoption legislation that targets families based on religious grounds.

Who Is Being Targeted by Faith-Based Adoption Legislation?

That’s a good question without a simple answer- the easy answer is that children waiting to be adopted by qualified families are the largest victims of faith-based legislation.  Nearly 118,000 children are waiting to be adopted from public foster care systems across the United States today.  Faith-based legislation allows both public and private agencies to reject potential adoptive and foster parents based on their religious beliefs.  The most common targets of faith-based legislation are LGBTQ individuals, like Fatma Marouf and Bryn Esplin whose application to foster refugee children through Catholic Charities in Texas was rejected due to their sexual orientation.  The result is that more children wait for longer periods of time to achieve stability in permanent families.

However, the Human Rights Campaign points out that faith-based legislation can be used to target families from all backgrounds.  In its brief “Disregarding the Best Interests of the Child: License to Discriminate in Child Welfare Agencies”, the HRC points out that, “Parents can be rejected because the agency has an objection to them for any reason, including interfaith couples, single parents, married couples in which one prospective parent has previously been divorced, or other parents to whom the agency has a religious objection.”  This should be of concern for all families interested in growing through adoption or foster care.

Why is this a Concern for Ethical Child Welfare Professionals?

Simply put, children waiting for permanency need more qualified adoptive parents. Faith-based legislation does not achieve this- it does the opposite.  By working with all families, regardless of their religion, marital status, or sexual orientation, agencies grow permanency opportunities for children who desperately need them.  Research shows that LGBTQ youth in particular are over-represented in the foster care system, making them a vulnerable target for maltreatment and discrimination.  Faith-based laws that allow agencies to mistreat populations designed to protect them at the top level is a failure of systems by its very definition.

More than two million LGBTQ couples, individuals and families across the United States are interested in serving as family resources for children through adoption and foster care.  LGBTQ families are currently raising more than 3% of children living in foster care across the country.  The American Academy of Pediatrics supports full access to adoption and foster care rights for same-sex couples as part of promoting growth of stable and healthy families for all children.

What Can You Do to Discourage the Passage of Faith-Based Adoption Laws?

2. Support organizations like the Human Rights Campaign whose mission it is to protect the rights of families and children like yours who desire to grow through adoption.

3. If you’re considering adoption, choose an agency whose mission it is to provide services to all families, regardless of race, ethnicity, religion, gender identity, or sexual orientation. Discrimination serves no one and limits our ability to make progress toward healthy futures for all families and children.  To find an agency that serves LGBTQ families as part of its mission, use the HRC’s All Children, All Families map. 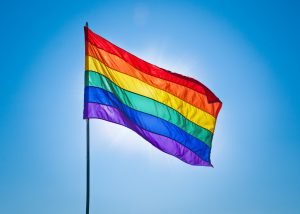 Adoptions Together staff, its Board of Directors, and its network of volunteers believe that transgender children and families have the right to access services of all kinds- particularly those intended to strengthen bonds and make relationships stronger.  Under normal circumstances, we complete this work quietly as part of our mission and vision to ensure every child will grow up in a permanent family.  These are not normal circumstances for many of the families we serve.  Our team is committed to providing comprehensive adoption and family counseling, education, and training services to all people, regardless of their race, ethnicity, religion, sexual orientation, or gender expression.

Now, more than ever, it is critical for Adoptions Together to focus our resources and dedicate our efforts to serving all families and all children.  As an agency that has helped same-sex and transgender families for decades, our staff is humbled to stand as allies with the LGBTQ community and to be a part of the LGBTQ’s diverse community.  Founded 27 years ago in response to the growing need for an adoption agency to serve families from all backgrounds, Adoptions Together is here for everyone.   By serving on the advisory committee for the Human Rights Campaign’s All Children All Families Initiative and maintaining our Seal of Recognition each year since its inception, we are fully committed to LGBTQ families across our region and the United States.

The need for services like ours is not shrinking.  Over 400,000 young people are currently living in foster care across the United States, and more than 25% of those children are awaiting adoption.  Of these children, LGBTQ youth are considered an over-represented minority, which means that the percentage of youth in foster care who identify as LGBTQ is larger than the general population. Passage of state laws like Texas’ HB3859, which allows child welfare agencies to discriminate against on the basis of sexual orientation, gender identity, marital status, and religion force us to stand up against injustices we see being committed against the children and families we serve every day, and those who embody our mission.

Supporting families is what we do.  We promise to continue serving every family, every child, every step of the way with every resource at our disposal in order to make our community a stronger and more vibrant place.  We stand with you in opposition to the discriminatory and unconstitutional rhetoric being harmfully unleashed against our families, friends and colleagues.  We are members of the LGBTQ community, your allies, and we are always here for you.