This post was written by Tony Hynes, an author and adoptee.  His life story includes his birth mother’s mental illness, a tumultuous battle in the court system when his adoption was challenged by his birth family, and the unique perspective of being raised by two moms in a transracial household.  His book “The Son with Two Moms” is available on Amazon in print and electronic editions.  Check out Tony on Facebook. 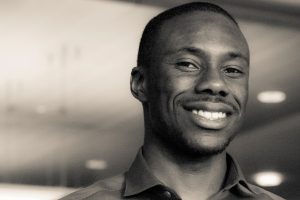 I’ve been asked about my family before. I understand why. People want to know about a family that isn’t like theirs (or is like theirs). They want to know what it’s like to grow up with two white moms. They want to know how I, a black man, see the world today after being raised by two white women. They want to know why I speak the way I do, why I am careful with my words, and why I decided to write a book. I never know exactly what to say, or exactly how to address every question they ask me. No answer seems full enough to address every point they raise. I try to search for the right balance. The answer has to be truthful, but educational, respectful, but confident.  It’s a line I straddle every time I tell my story and a line that many individuals from transracial families are familiar with.

I am college educated and am currently pursuing my PhD. I love to read. I love to play soccer and listen to music. I went camping almost every summer as a kid. I share much in common with some of the families who ask me questions about my upbringing. However, sometimes I sense they don’t feel the same connection. After a panel discussion a few months ago, for instance, a white father said to me “I have two adopted black sons. If they grow up to be like you that would be incredible.” Nothing about his statement was particularly alarming. However, the way in which he said it, with wonderment and an air of impossibility, was. It was as if he didn’t believe he could be a good enough parent to raise a black child as “healthy” as me. It was as if he thought I was an anomaly, a glitch in an otherwise flawed system that didn’t allow black boys to achieve greatness. One week later, a woman asked me if I had had any help writing “The Son With Two Moms.” When I replied that I did not her puzzled expression turned into a toothy grin. “Wooooow!” She said. “That’s so amazing.” I thanked her as she continued to glow. “So no one helped you write any part of it?” She said. “Nope.” I said. “Just me.” “Wow,” she said.

END_OF_DOCUMENT_TOKEN_TO_BE_REPLACED

As a topic, adoption has many different facets. Some people adopt infants and need help figuring the best way to explain adoption. Others bring home older kids who already know what it means to be adopted, but whose communities still have some things to learn.

We tried to put together a list of books that would reach everyone in the adoption community, and know there are plenty more wonderful books out there! Don’t see one of your favorites on our list? Make sure to leave your recommendations in the comments to this post!