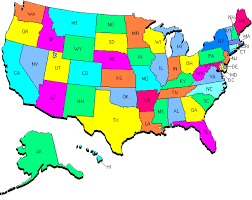 One of our pet peeves in the world of adoption is that adoption laws are different in every state.

This means that while some states have great laws that are fair to everyone involved in the adoption process, others have laws that are not very birthparent-friendly. For example, we are glad that in Maryland, where most of our adoptions happen, birth parents have 30 days to change their mind after signing paperwork. We believe it’s important for birth parents to have that time to fully make up their mind about what’s best for them and their baby. In more than ten states, however, birth parents have no revocation period during which they can change their mind after they relinquish their parental rights.

Not only is this unfair to women who give birth in those states, but it also causes problems even in states with better laws. We have seen many situations in which an adoption organization or attorney based in a state with no revocation period convinces a birth mother here in Maryland to agree to use the adoption laws from their (the adoption organization’s or attorney’s) state – even though doing so is not in the birth mother’s best interest. For example, an organization from New Jersey, where adoption relinquishment paperwork is 100% final, might find a birth mother from here in Maryland and ask her to sign paperwork saying she’ll go ahead with the adoption under New Jersey law instead. If she agrees, she’ll be signing away her right to change her mind, even though she lives in a state with a 30-day revocation period!

What’s the solution? We think adoption laws should be national, rather than determined by each individual state, and that they should include a reasonable period of time during which a birth parent can change their mind about the adoption. Birth parents in every state have the right to laws that protect them, and adoption organizations shouldn’t be able to cheat the system.

What do you think about national vs. state adoption laws? Do you agree that all states should be following the same rules?