There are a few high-profile anti-adoption bloggers and activists out there who talk about the supposedly evil “adoption industry” and warn women considering adoption that they’ll regret their choices.

Hearing from these folks can be tough for us because they often group all adoption organizations into the same awful category. We need to listen to their side of the story, though, because the words of people who have had negative adoption experiences remind us that there is still a lot of work to be done in the world of adoption.

But let’s start from the beginning.

Back In The Day 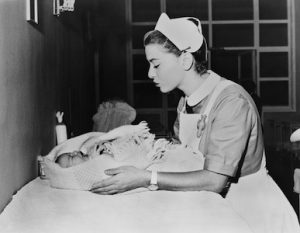 The 1940s began what is sometimes called the “Baby Scoop Era.” Increasing numbers of unmarried women were becoming pregnant, and psychologists and social workers started to spread the false idea that babies born “out of wedlock” would have better lives if they were separated from their birth parents and placed for adoption with married couples. Unwed women who became pregnant before marriage were sent to maternity homes where they were shamed and isolated from their friends and family for the duration of their pregnancy. Then, after giving birth, some women were told their babies had died, while others were pressured to sign adoption papers or had their babies taken from them while they were still sedated. It was a horrible and unethical time for adoption in the United States.

Things began to change in the 1970s. Not only was the birth rate declining, but the country was becoming more socially liberal. It was still difficult to be an unmarried parent, but it was a little bit less taboo. More government services also became available for pregnant and parenting women, and by the 1980s, the Baby Scoop Era had passed.

Many anti-adoption activists are parents whose babies were stolen from them during the Baby Scoop Era. We understand their point of view; they still see adoption as forcing someone who wants to parent their baby to give up that child against their will.

And unfortunately, there are still many organizations that do pressure women to place for adoption. Keep reading to learn how you can avoid them.

What Still Needs to Change: The “Adoption Industry” 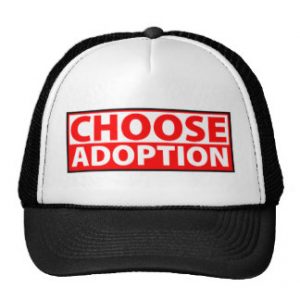 We’ve written before about professionals, and in some cases adoption facilitators, that make a profit each time a woman chooses adoption for her baby. There is a large industry of these businesses, many of which take advantage of women whose pregnancies make them financially and emotionally vulnerable. You’ve probably seen their advertisements on the Internet; they often play up their offer to pay living expenses, and many of them try to “sell” people on the idea of adoption by telling birth parents how heroic they are and assuring them that their children will have better lives this way.

At Adoptions Together, we do not believe that anyone should be talking women into (or out of) adoption; birth parents should be provided with unbiased counseling and information about all of their options and then be trusted to know what decision is right for them. And no one should be making a profit from adoption, either. While some of our funding comes from the fees that adoptive parents pay (fees which we use to offer services like free counseling, even for those who are not sure yet whether adoption is right for them), much of it also comes from other sources, like foundations and individual donations. Basically, this means that if we work with a birth parent who decides not to go forward with adoption, our employees still get paid. We’re able to be unbiased in our work with birth parents because we aren’t financially dependent upon their choosing adoption.

In the next few weeks, we’ll be writing more about changes we think need to happen in the adoption world. But first, tell us what you think – how is adoption different from (or the same as) it was during the Baby Scoop Era?