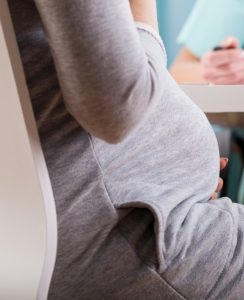 As a birth parent, what do you expect from your adoption agency?

The birth parent counselors at Adoptions Together have learned that every birth mother and father has a different idea of what they want from their relationship with the agency that places their child.

Once, a social worker had two experiences on the same day that pointed out how different those expectations could be. The first was a phone call with a birth parent who said she felt forgotten because her child’s family was a little bit late in sending her an update and her counselor wasn’t at her desk when she called about it, so she had to leave a voicemail. The second was an e-mail from a birth parent who had never answered any of the counselor’s phone calls or e-mails in the year since her baby’s adoption; now she had written to say how much she appreciated the agency’s support.

Both clients had the same birth parent counselor. She didn’t favor one over the other or use radically different approaches in her interactions with them. The difference was in their expectations. The birth parent who expected her updates to arrive on the exact same day every year was disappointed when one was a little late, and the birth parent who hadn’t even intended to be in touch with our agency again was pleasantly surprised by the amount of post-placement support we offer.

The point here is not that you should lower your expectations. In fact, it’s the opposite. If your expectations aren’t being met, it’s very important for you to let your adoption agency know. At Adoptions Together, we want to make sure each of our birth parents feels comfortable and cared for every step of the way, but the things that make you feel cared for might be different from what we need to do for another client.

In order for us to meet your expectations, we have to know what they are. We won’t necessarily be able to meet them every time; for example, we couldn’t magically make the first birth parent’s letters appear right away. However, we were able to talk to her about her feelings and communicate to the adoptive family how much those updates mean to her so that they could get better about sending them promptly in the future.

What do you expect from your adoption agency? Do they, or did they, meet your expectations?