If Mother’s Day was a happy day for you, we hope you rejoiced; and if it was a sad and difficult day, know that you were not alone. We hope your Birthmother’s Day was peaceful and contemplative, and that if you were grieving, you found a safe place to do so and were able to find a little bit of solace in a friend, a family member, a place, or just in your thoughts. 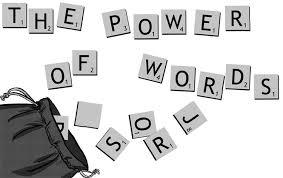 Last Thursday’s post was our first post in almost a year, so we were eager to see if anyone would comment. Someone did, but their response wasn’t what we’d expected; instead, it was an unkind comment expressing the idea that birth mothers are selfish. Reading it and feeling shocked and disappointed that someone would post something so cruel on a birth mother blog the night before Mother’s Day got me thinking about the many hurtful things, both purposeful and inadvertent, that people say to birth parents.

Previous to my work here at Adoptions Together, I had a job in the reproductive health field. I learned that many people have no qualms about hurling extremely insulting words at women who choose to terminate pregnancies rather than carry them to term. When I joined the Adoptions Together team, I was surprised by how many people seemed to have similarly harsh reactions to women choosing to make an adoption plan. If so many people opposed abortion, why did many of those same people criticize adoption for women who decided not to end their pregnancies?

Puzzled, I did a Google search for “hurtful comments about adoption.” The search yielded a lot of results, but every single one linked to an article about the inappropriate things people say to adoptive families and their children. Nothing popped up about the awful things birth parents often hear, from offhand comments about “giving away” babies to ignorant declarations that adoption hurts children. You’ve probably heard some pretty awful things since becoming a birth parent. Who knew that so many people would feel they had the right to judge your adoption decision?!

Recently, Jill over at The Happiest Sad wrote about the emotions that birth parents often feel when people misunderstand their experiences or judge their decisions. She said that at first, when people mischaracterized her decision to choose adoption, it felt “personal and offensive…the catalyst for many a crying fit” but bothered her less as time passed. Whether or not that’s true for you, whether you’ve heard hurtful words about adoption in a conversation with a stranger or from your own family members, whether hearing those words made you angry or made you want to cry, or both – I hope you can remember that your feelings about your decision matter more than any other individual’s feelings about it.

And positive reflections and conversations can come out of other people’s judgments. Hey, after I saw that person’s comment, I wrote this blog post, didn’t I? It’s wonderful when birth parents feel empowered to educate others about adoption, and by sharing your experiences, you have the power to shift someone’s perspective. It’s also important, though, to pick and choose those moments carefully. Educating other people can be exhausting, and it is not your responsibility to shoulder that burden all of the time. If it makes you feel stronger to speak up and let someone else know that you are a birth parent and that their comments are wrong or offensive, do it! But if you just don’t feel like putting yourself out there at that particular time, that choice is okay, too. Wait until they’re gone and vent to someone you trust or to your journal or blog. (Eating a lot of your favorite junk food can also help…or so I’m told).

If you feel comfortable, we’d love to hear about how you’ve responded to people’s criticisms and misinformation about adoption. What do you do when someone who doesn’t know any better says something ignorant? What about someone who does know better? Have you learned from other birth parents or family members about ways to respond to negative comments? And, just as importantly, what positive experiences have you had talking with other people about adoption?

One Response to “Hurtful Comments about Adoption”